Why is fish waste a profitable waste stream often overlooked by the industry? 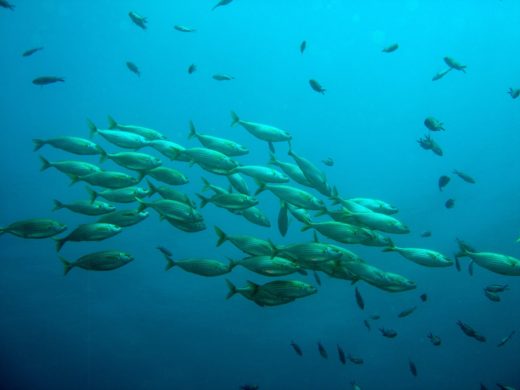 Aquaculture is one of the fastest growing industries in Scotland, with salmon farming having been a major contributor to the Scottish economy since the early 1970s. Over time, it has transformed itself into the country’s second largest food export – valuing £600m in 2017 – but the waste disposal side of fish farming operations is an area that continues to make waves and divide opinion.

Our director, James Tyler, recently spoke with International Aquafeed and Fish Farming Technology about why the industry should consider this waste stream as a valuable resource, instead of it being overlooked and perceived solely as a costly, problematic issue. If you missed the original write-up you can catch up here…

The rationale as to why fish farms are bypassing the potential of Category 2 fish waste and mortalities is not overly complex – it is simply because they don’t have a compliant, environmentally sustainable facility available to them. That, and there have been no concrete plans to redesign and implement a localised, strategic solution.

So, with circa 10,000 tonnes of fish mortalities occurring from a stock of 150,000 – as reported by Zero Waste Scotland – it is no surprise that they are regarded by marine producers as an expensive consequence of fish production.

The ways in which fish producers are able to deal with their wastes has changed vastly over the last five years. This came to light the most in 2013, when the Scottish Government introduced a derogation – meaning animal by-products (ABP) from Scotland’s remote fish farms could be landfilled. But an alteration to the legislation in 2016 meant that the landfilling option could only be applied to terrestrial livestock.

This ABP policy change therefore meant that remote fish farms could no longer landfill their waste – a crucial, and positive, turning point for the aquaculture industry, as it must now look towards alternative disposal options that harness the potential of this waste stream.

There are currently two methods that fish farmers can apply when dealing with their fish waste – either by shipping to the countryside for eventual landfilling, or by ensiling it with formic acid to be transported for incineration or anaerobic digestion. But both of these methods are weighted with a large carbon footprint.

Yet, what is important for the industry to realise is that these costly ABPs can be converted into valuable resources – if processed correctly through legislation-compliant technology – such as fishmeal and fish oil, both of which can be used for the generation of energy.

For example, fishmeal can be utilised as a non-conventional fuel to generate heat, or as a slow-release, incredibly nutrient-rich fertiliser – this is due to the compost’s high nitrogen content. One major benefit of this fish-derived compost is that it is far more environmentally friendly than its chemically-derived counterpart, and being able to produce it on-site via a bespoke dehydration system, omits third-party haulage costs and closes the loop in the wider fish farming process.

Dehydration is a new process that has been developed to deal with the industry’s marine mortalities and involves the thermal evaporation of a 150-degree mixture of macerated fish material – kept above 100 degrees for six hours. The result is a dehydrated oily paste that is then processed to further separate the meal from the oil – this can reduce the weight of the overall material by approximately 60%. Naturally, this would also offer considerable savings where transportation costs are concerned.

The diversity of fish oil also means that this can be used to produce electricity – when processed in a Combined Heat and Power (CHP) system – or even sold for conversion into biodiesel. Taking the estimated annual 10,000 fish mortalities into account, the Zero Waste Scotland report indicates that 1,500 tonnes of oil could be produced from this net total – a figure which highlights the true resource leakage taking place in the industry right now.

The interesting and sobering truth is that marine farming companies, which have been or are continuing to landfill their fish waste, are losing out financially. This is not only because of the costs associated with transportation and landfilling gate fees, but because the equipment does exist for lower-cost and more eco-friendly waste processing – it’s just a matter of the industry recognising and embracing this.